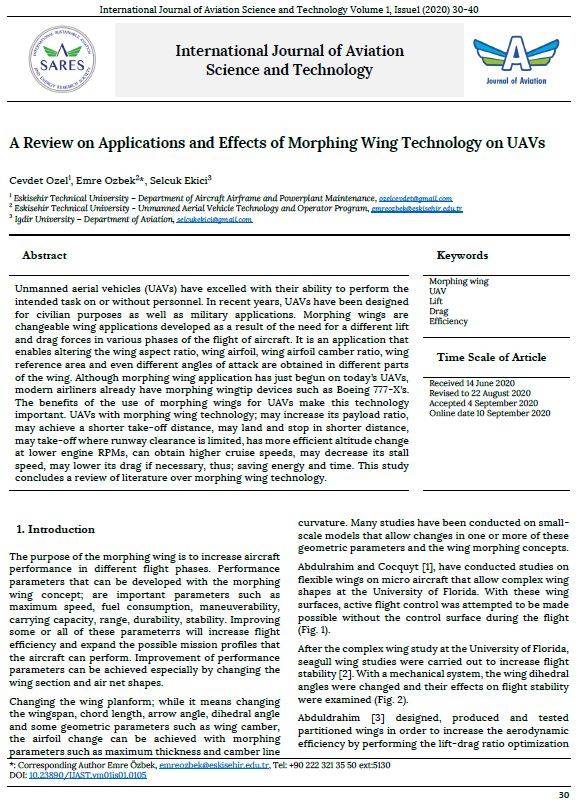 Unmanned aerial vehicles (UAVs) have excelled with their ability to perform the intended task on or without personnel. In recent years, UAVs have been designed for civilian purposes as well as military applications. Morphing wings are changeable wing applications developed as a result of the need for a different lift and drag forces in various phases of the flight of aircraft. It is an application that enables altering the wing aspect ratio, wing airfoil, wing airfoil camber ratio, wing reference area and even different angles of attack are obtained in different parts of the wing. Although morphing wing application has just begun on today’s UAVs, modern airliners already have morphing wingtip devices such as Boeing 777-X’s. The benefits of the use of morphing wings for UAVs make this technology important. UAVs with morphing wing technology; may increase its payload ratio, may achieve a shorter take-off distance, may land and stop in the shorter distance, may take-off where runway clearance is limited, has more efficient altitude change at lower engine RPMs, can obtain higher cruise speeds, may decrease its stall speed, may lower its drag if necessary, thus; saving energy and time. This study concludes a review of literature over morphing wing technology.